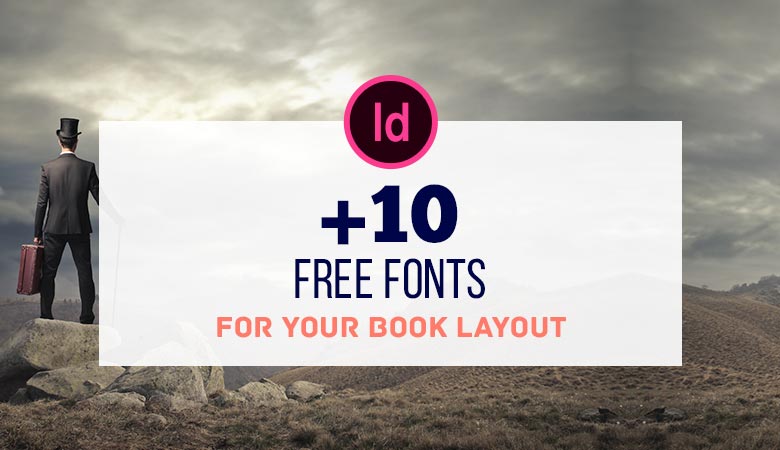 Our editorial designs must consider variables; since the world of typography is wide and we must be precise when choosing a font for books, magazines or brochures. That is why we have made this post to help you with this selection of fonts.

Choosing a typeface for your interior design in a book requires a leisurely evaluation with the following points:

Although there are several websites to download the fonts; You should be careful and choose trusted sites to remove corrupted files or incomplete fonts. We recommend the following:

Montserrat is a unique and versatile font for designers that has stood out in recent years. It was designed by Julieta Ulanovsky in 2010; and for its finishes and above all for its design that allows an ideal reading, it has positioned itself as one of the best fonts.

Antonio is a reworking of a traditional advertising sans serif typeface. The letter forms have been digitised and then reshaped for use as a webfont, the counters have been opened up a little and the stems optimised for use as bold display font in modern web browsers.

Designed to integrate with the character of the OS, the Fira Sans typeface also aims to cover the legibility needs for a large range of handsets varying in screen quality and rendering.

Droid is a beautiful font family created by Ascender Corporation for use by the Open Handset Alliance platform (Android).

Geometric sans serif typefaces have been a popular design tool ever since these actors took to the world’s stage. Poppins is one of the new comers to this long tradition. With support for the Devanagari and Latin writing systems, it is an internationalist take on the genre.

Quicksand is a free, open-source sans-serif typeface designed by Andrew Paglinawan. It has rounded letterforms giving it a warm and friendly appearance. Quicksand is available in light, normal and bold, however, there are no italic versions available so it doesn’t really work for setting body copy.

Kanit means mathematics in Thai, and the Kanit typeface family is a formal Loopless Thai and Sans Latin design. It is a combination of concepts, mixing a Humanist Sans Serif motif with the curves of Capsulated Geometric styles that makes it suitable for various uses, contemporary and futuristic.

Lato is a sanserif typeface family designed in the Summer 2010 by Warsaw-based designer Łukasz Dziedzic (“Lato” means “Summer” in Polish). In 2013-2014, the family was greatly extended to cover 2300+ glyphs per style. It now supports 100+ Latin-based languages, 50+ Cyrillic-based languages as well as Greek and IPA phonetics. In the process, the metrics and kerning of the family have been revised and four additional weights were created.

How to generate the.

We use cookies on our website to give you the most relevant experience by remembering your preferences and repeat visits. By clicking “Accept All”, you consent to the use of ALL the cookies. However, you may visit "Cookie Settings" to provide a controlled consent.
Cookie SettingsAccept All
Manage consent

This website uses cookies to improve your experience while you navigate through the website. Out of these, the cookies that are categorized as necessary are stored on your browser as they are essential for the working of basic functionalities of the website. We also use third-party cookies that help us analyze and understand how you use this website. These cookies will be stored in your browser only with your consent. You also have the option to opt-out of these cookies. But opting out of some of these cookies may affect your browsing experience.
Necessary Always Enabled

Any cookies that may not be particularly necessary for the website to function and is used specifically to collect user personal data via analytics, ads, other embedded contents are termed as non-necessary cookies. It is mandatory to procure user consent prior to running these cookies on your website.